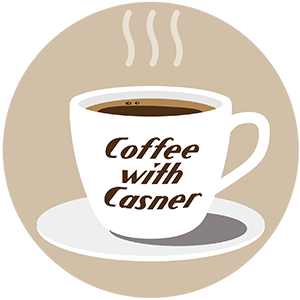 Explaining feature attribution methods to show what the AI model pays the most attention to when it makes a prediction, using interpretability methods.

The AI models are so enormously complex, even the researchers who design them don’t fully understand how they work. This makes it hard to know whether they are working correctly. With so much uncertainty swirling around these so-called “black-box” models, this puzzle has led to a new and rapidly growing area of study in which researchers develop and test explanation methods (also called interpretability methods) that seek to shed some light on how black-box machine-learning models make predictions.

Automation Fabric combines process automation with IT infrastructure automation to connect processes and orchestrate work across the entire enterprise.

At this point in time, many organizations have found themselves drowning in digital complexity and technical debt. IA 2021 report by Forrester lays it out succinctly, “tactical, cost-focused automation disconnected from digital transformation goals” has resulted in:

It is compatible with modern-day cable infrastructure. This could literally change everything. Crucially, the novel four-core optical fiber possesses the same diameter as a conventional single-core fiber, where integrating the new method into existing infrastructure will be far simpler than other technological overhauls to societal information systems.

This is what makes the new data transfer speed record really shine. Not only have the researchers in Japan blown the 2020 record out of the proverbial water, but they've done so with a novel engineering method capable of integrating into modern-day fiber optic infrastructure with minimal effort. We're nearing an age where the internet of the twenty-teens and early 2020s will look barbaric by comparison, in terms of signal speed and data transfer. It's an exciting time to be alive.

Hyper automation: 4 emerging technologies to have on your radar

Hyper automation: 4 emerging technologies to have on your radar

Gartner, in its “Emerging Technologies and Trends Impact Radar: Hyperautomation” report, published in the beginning of 2022, named a list of emerging technologies in hyperautomation based on time to adoption. Of the more than a dozen technologies predicted to make an impact in the next 0–8 years, four stick out to our digital transformation experts.

This link describes a breakdown of four hyper automation trends Hyland believes will help create the most impact for your organization in the coming years.
#1: Low code
#2: Process mining and discovery
#3: Intelligent document processing
#4: Cloud ERP suites for product-centric enterprises

In materials science, candidates for novel functional materials are usually explored in a trial-and-error However, the approach is time-consuming and requires expertise. Now, researchers have used a data-driven approach to automate the process of predicting new magnetic materials. enabling a faster development of next-generation electronic devices.

Why Do Some Companies Achieve More Predictive Analytics Success?

Why Do Some Companies Achieve More Predictive Analytics Success?

Predictive analytics systems are designed to turn masses of data into actionable strategic insights. While many businesses face significant deployment challenges, other organizations are acting on several fundamental focus points to forge ahead with powerful predictions. Research shows nine in 10 businesses are not fully confident in their ability to make future-ready decisions around what they sell, with particular worries around understanding customer behavior  trends. Many lack the necessary quality of data, or the financial resources and internal talent to speedily turn that data into reliable, relevant insights.

A closer look at disruptive innovation

A closer look at disruptive innovation

An entrepreneur shares insights after reading “The Innovator's Dilemma” by Clayton Christensen. A must-read for anyone in business. It provides a different way of thinking about new technologies, which emerge by nature in this Information Age that we live in. A mainstay on shortlists about entrepreneurship, ‘The Innovator's Dilemma’ portrays (in a rather amazing way) why a company should be at the forefront of disruptive innovation instead of sustainable innovation.