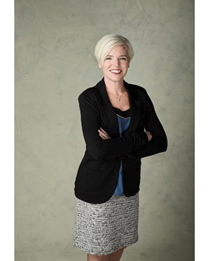 Nicole Funk, managing director in Deloitte Consulting LLP’s Government & Public Services practice with a current focus on Army clients and systems engineering has joined the NMTC board of directors, January 2020.

Prior to joining Deloitte in July of 2019, Nicole worked in support of the U.S. defense missions, with an emphasis in Army, for 27 years.

Nicole, a native of Maryland, has a B.S. in biology from Frostburg State University and an M.S. in biotechnology from Johns Hopkins University. She also has a certification in business strategy.  Nicole began her career with a focus in weapons of mass destruction (WMD), including long range planning against threats in the areas of biological, chemical, nuclear and radiological weapons. Due to her success in opening an office in the Aberdeen, MD area, she then worked across every command in the Army, and also supported all military branches in mission critical offerings.

Nicole was also the location leader for the extended enterprise for a firm’s and intelligence business unit. This work included mitigating risk and assisting with strategic growth in the geographies.

Prior to joining the defense industry, Nicole was a science teacher in Maryland.