The meeting offered broad insight into a key influencer of the Army’s procurement process.  AMSAA (Army Materiel Systems Analysis Activity) Headquarters is located at APG.  AMSAA conducts critical analyses to provide state-of-the-art analytical solutions to senior level Army and Department of Defense officials.  AMSAA’s responsive systems analysis supports the “Equipping” and “Sustaining” of weapons and materiel for our Soldiers in the field as well as our Future Army Force.

His talk will focus on how  AMSAA is developing solutions to make Army and DoD systems more reliable for our soldier and more affordable for the Department.

NMTC Board member, Dr Stephen Pannell, President of Cecil College told the many assembled at the groundbreaking ceremony of the Cecil College Engineering and Math Building Wednesday afternoon, that he’s very excited and that this building represents a lot of work and support, especially for students of engineering, science and math. It is a great day with a lot of strong partnerships.

NMTC Executive Director John Casner, also attending, echoes those sentiments as well. From NMTC’s strong advocacy position for STEM Education, it was rewarding to learn students will now be able to earn a 4 year engineering degree, through an Articulation Agreement with Frostburg State, without leaving the Cecil College campus.

The 28,683 square-foot building will provide space for the expanding course offerings by Cecil College in engineering, science, math and physics.

About 62.90 percent or $14,776,000 of the $24.49-million project will be funded by the Maryland Community College Grant Program, while 37.10 percent or $8,716,000 will be funded by the county. The anticipated completion date for the project is August 2014. It will be the first building in Cecil County to attain LEED silver certification, with its green roofing trays over an SBS-modified Bituminous membrane roof and block stone and glass walls.

For additional details, click HERE for the Cecil Whig article 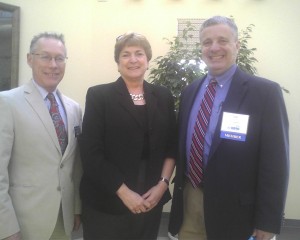 The NMTC Members Meeting this month hosted one of APG’s best and brightest engineering directors; Ms Jill Smith, Director, CERDEC ( Communications, Electronics Research Center), to share where this cornerstone of the Army warfighter’s electonic  ‘eyes and ears’ is heading. A downloadable link to her presentation is listed below.

Take aways from the meeting were:

A valuable opportunity to make your contracting services  known to those in the APG and Ft Meade communities. Contact www.brac-military.org for details

Here is why this will work for you. The Armed Forces Directory offers two effective ways your business can display its expertise to military personnel, civilian personnel, and contractors who are either already located at Aberdeen Proving Ground or Fort Meade and to those in the process of relocating to APG or Fort Meade:

1) In their printed directory—a semi-annual publication. Advertisements are renewable.

2) Weblink your Business: Directories are published on line at no charge.

Use:
Both the printed directory and the website are categorized according to services and products, allowing your current customers and potential customers easy access to needed information.

Or:
Services and products are listed alphabetically by category, in both the printed directory and on the website, allowing your customers and potential customers easy access to needed information about your company and what it provides. 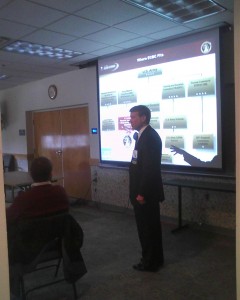 NMTC’s members meeting hosted Mr. Joseph Wienand, Technical Director at APG’s Edgewood Chemical & Biological Center, home to almost 1600 scientists, engineers and technical people…. who literally are the world’s predominant knowledge base for products and processes that protect you from the world’s most lethal chemicals and biologicals when used as weapons. His center is the largest organization at Edgewood and commands a $400M budget.

Prior to that, Ms Katie Soltysiak, North Harford High School Senior, shared her capstone project on restoring Maryland’s Checker Spot butterfly. from the brink of disappearing.

She was a well poised, confident speaker as commented on by those who are professional public speakers. 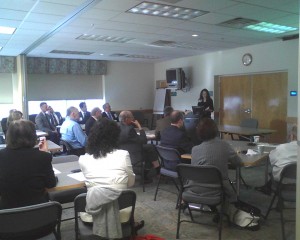 Funeral Services for Dr. Billy Richardson  will be at Arlington National Cemetery, Wednesday, March 20, 2013, 3:00 p.m.   Please arrive a half hour prior to the service. (2:30 ARRIVAL/Meet at Administration Building).

You will need to rely on your own transportation from the Administration Building to his burial site in the cemetery.

Bill was instrumental in planning for BRAC 2005 including development and execution of Harford County’s BRAC Action Plan, which served as a model for Maryland’s BRAC Plan. His leadership with the Army Alliance, Inc. realized the addition of a number of new laboratories and buildings at both Aberdeen and Edgewood areas of Aberdeen Proving Ground.

One of Bill’s greatest legacies will be his advocacy for the Science & Math Academy at Aberdeen High School.  In 2008, a Creative Vision Award Scholarship was established in his honor and continues today.

Dr. Richardson provided leadership and extensive knowledge while serving as a consultant to the Department of Defense, the Department of Energy National Laboratories, the Department of Homeland Security, and many organizations. He assisted Congress in drafting the Weapons of Mass Destruction Act of 1966 that initiated the national program of homeland security. He was elected initial chairman of the NBC Industry Group, an association of about 130 companies with interest in nuclear, biological and chemical defense; served as a member of the board of trustees of the Chemical and Biological Arms Control Institute and the board of directors of the Northeastern Maryland Technology Council.

From 1989 to 1993 he served as the Deputy Assistant to the Secretary of Defense. While at the U.S. Army Chemical Research, Development and Engineering Center, he was technical director for the 1,300-person organization. With the Air Force, he was responsible for the development of aircrew life support equipment. He also headed U.S. aeromedical efforts on the Apollo-Soyuz docking of U.S. and Russian spacecraft and was crew systems consultant for the development of Air Force One and other aircraft. He also served as a field artillery officer in the U.S. and Europe and as inspector general and chief of staff of a 4,000-person Army Reserve Command.

Bill was a true visionary leader and supporter of APG; his dedication and many contributions are legacy to our growing defense community.